This Sunday in Revelation 10, we saw that John was instructed to eat a little book that a big angel was holding. He didn’t object but ate it, without even asking for a little tabasco to give it some flavor! When he ate it, he found that it was sweet in his mouth but became bitter in his stomach. The meaning of this was that what the promises of Revelation are sweet to the believer when we think of the promise of heaven, the end of sin, evil, pain and being reunited with believers who have died before us. But it is also bitter to think of what’s in store for all those we know and encounter who reject Christ, what is coming for all those who think they are christians because they are religious but are not true followers of Christ. That should cause our stomachs to turn but it should also affect the way we talk to singles who jump with us on the chairlift, people we are in line with at the grocery store and those who wait on us at restaurants. If the reality of their soul potentially remaining lost forever truly sinks in, we won’t be able to stay silent!

We also spent some time discussing the fact that all of God’s word has a bitter/sweetness to it. It’s not a book full of feel good messages and happy thoughts. When our life doesn’t line up with it we can be crushed by conviction, and shouldn’t feel happy about a particular teaching until we give in to the Holy Spirit cutting us to the quick. But we need these parts of it as much or maybe more than we do the ultra comforting passages that are highlighted in most of our Bibles. Here is a clip about our need for every kind of teaching contained in God’s Word, the bitter, the sweet, the salty, and the sour. It’s all good.

Mark 6:31 Then Jesus said, “Let’s go off by ourselves to a quiet place and rest awhile.” He said this because there were so many people coming and going that Jesus and his apostles didn’t even have time to eat.  Long before Norah Jones sang those words, Jesus invited His disciples to come away with Him and take a break.  We all need times of retreat.  The Christian life is a battlefield and little pockets of rest and recharging are vital.  That is also the vision Billy Graham had in mind when he built The Cove in North Carolina.  A place for believers to listen to great Bible studies and to rest and chill out for a little while.

There are tons of different speakers and seminars scheduled through out the year, and you can get more info at thecove.org. This fall I will be joining Greg Laurie, Skip Heitzig, and Pedro Garcia at the Cove for a three day conference focusing on the second coming of Jesus Christ. Here is the link to it if you want more info.  I would love to see you there.
But you know, even when our schedules keep us from getting away (in that story from Mark 6 I quoted above, the crowds interfered with the getaway that Jesus was planning and they had to take a rain check) we can daily find time to rest and be restored with Christ in our devotions and being constantly aware of His presence.  Those are like taking a microvacation.  And the best part is they are free and you can take them anytime you want!  Plan one today.
I got an email from someone a while back saying that since coming to our services she has become“addicted to the Bible.” I love it. But I needed to clear up something she said about the sermons at fresh life and I have been sleeping like a baby since getting this off my chest.

In all seriousness–I take such great comfort in the fact that God’s Word is living and that’s where the power of preaching is–not in funny stories, or cultural comparisons. Illustrations can help connect dots and bridge time gaps, giving a current expression to timeless truths. But the real power of preaching is God’s Holy Spirit breathing life into His Word so that it cuts hearts to the quick. Hebrews 4:12 For the word of God is alive and powerful. It is sharper than the sharpest two-edged sword, cutting between soul and spirit, between joint and marrow. It exposes our innermost thoughts and desires.

I was raised in a Christian home and was (thankfully) not allowed to watch scary movies. But every once in a while I would spend the night at a friends house where media restrictions were lax and would catch enough of a horror flick to haunt my dreams for a few weeks. Looking back, what I considered frightening then is pretty tame compared to what Hollywood dishes up these days. But to tell you the truth, there are events described in the Scripture that are more horrible, shocking and gory than Freddy, Jason or Chucky put together. This weekend I will be teaching Revelation chapter 9 and it is truly a frightening part of the book as God is pouring out judgment against sin, we will literally see all hell break loose. It’s like Friday the Thirteenth on steroids! The good news is that if you are friends of Jesus this is not going to be apart of your future. God promises that born again Christians are not appointed to wrath, but to salvation. The bad news is that everyone we know who rejects the gospel will experience God’s wrath–and they are currently under it already. This knowledge should give us a sense of urgency as we try to reach out to those around us. 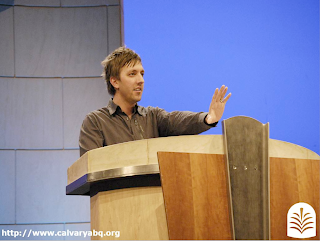 I am back in Montana after an awesome weekend of ministry in Albuquerque, New Mexico. I taught at Calvary of Albuquerque, a church pastored by my good friend, Skip Heitzig. It is always a fun homecoming to return to the “Land of Enchantment.” I lived in Albuquerque for 10 years and served as youth pastor at Calvary. I taught a message called A river runs through you from John 7. It was a message challenging believers not to stop coming to Christ for living water once they are saved but to continue to return for refills. 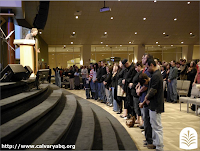 Of course the appeal went out to those who have never had the deep thirst of their souls met, and at every service except for the 8am (that’s a little early for evangelism jk) there were people who made decisions for Christ–one of the assistant pastors told me over 40 in all received followup counseling! Here is a picture of the people who responded to the invitation at the Saturday night service. You can watch the archived service at calvaryabq.org if you want.
While I was there I made sure to eat plenty of green chile and got to spend time with my family members that live there.

An evening with Jim Caviezel

Sunday night Calvary had a special event that was kind of like a church edition of inside the actors studio. Jim Caviezel, who portrayed Jesus in The Passion of the Christ, was there being interviewed and talking about what it was like making the movie and what it has done to his life and career. My dad, who is the creative pastor at the church, did a great job interviewing him and they showed different clips and heard first hand from Jim what went on behind the scenes. (Like the time that he was hit by lighting during the sermon on the mount scene, or when he was accidentally hit by the whip or what it was like hanging on the cross.) Amazing. I had a chance to sit down with him before and chat about what is going on in his life and tell him what an impact the film made on my life. He is a supremely cool guy. Ultra down to earth and very interesting and passionate (no pun intended.) I also told him that The Count of Monte Cristo is one of my favorite movies as well. At one point in the evening he assumed the voice of his character from the movie, Edmond Dontes,  and said, “You know, I still am the count of Monte Cristo…”–it was hilarious. The one thing he said during the evening that really hit me when we were talking about the huge success of the movie was this, “Making this movie wasn’t a career building move–in fact it was more like a career destroying move, but I didn’t do it for me I did it for God.” Killer to see faith like that, keep him in your prayers as he seeks to be used by God. 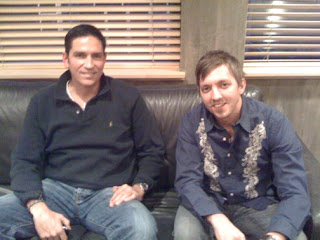 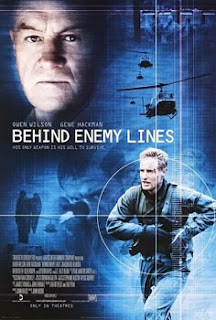 Tonight is my second to last study in 1 Samuel and we will see David, the anointed king of Israel, continue to live as a Philistine.  The whole time he has been living a lie trying to keep his allegiance to both nation’s up–but in chapter 29 it seems the truth will come out and his cover will be blown.  A Philistine v Israel battle occurs that looks like it will force him to pick a team.  It reminds me of James 4:4 “…Don’t you realize that friendship with the world makes you an enemy of God? I say it again: If you want to be a friend of the world, you make yourself an enemy of God.”

In our lives, sometimes it can be tempting to live for the Lord and live like this world, but we can’t serve two masters.
Btw–Many have let me know through email and the comments that have come so far about their experience responding to the 30 minutes of silence challenge I gave on Sunday and I have really enjoyed reading them.  Have you tried it yet? Let me know how it went.
Hope you will join us tonight at freshlife–either at the strand or online at freshlifechurch.org–7pm MST.  Do you have an iPhone or an iPod touch?  You can now watch our webcast live on them by downloading this app in the iTunes store for free.  Then, during one of our webcasts just search for the word “fresh” in the search field to pull us up, then u can watch our services anywhere you have a wifi connection, it works really well too.  Also we usually are in the “featured shows” list so that’s pretty cool.

Yesterday we studied Revelation 8 where the 7th seal is opened. Contained within this final seal on the title deed to the earth was all the culmination of Gods wrath poured out through 7 trumpets and 7 vials. Heaven’s reaction to this being revealed was complete silence. It is hard to imagine being surrounded by so many uncountable millions yet experiencing complete silence. Imagine being at the superbowl and it being so quiet you could hear players whispering to each other on the field–not likely. (To be fair there won’t be drunk people in heaven!)

In response to the half hour silence many pastors crack jokes about how there won’t be women in heaven, but I don’t have a death wish  so I chose rather to focus on the many times in scripture that silence is an appropriate way of expressing worship. (Psalm 46:10 for one) I challenged to 30 mins of silent worship this week, no iPod, radio or even praying out loud, just read some scripture and then reflect and sit and silently worship the Lord and know that He is God and you are not. It may seem like a long time but to put it in perspective it is shorter than an episode of Lost and nobody seems to have trouble watching 1 or 4 at a time (if u are going thru seasons on DVD). So try it this week and leave a comment here sharing your experience, level of difficulty, and what you learned.