Those aren’t words you are likely to ever hear. More realistically you would just come home only to find a back window smashed in and your stuff rifled through. I have never been the victim of a home invasion but we have experienced vandalism at fresh life church on several occasions.

Just this past week, for the second time, the glass in two of our front doors was broken. We have also been egged, paint-balled and had our fair share of graffiti. We figure that since our building is in the heart of the downtown and we are two doors down from a popular bar, it just sort of goes with the territory. When I am driving home from our Saturday night service the night life next door is in full swing and those are just the sort of people we are hoping to reach–there is no where I’d rather minister. And with all the flashing neon on our building it is impossible to not know something is going on over here at the church. I kind of think of it as our take on church bells. 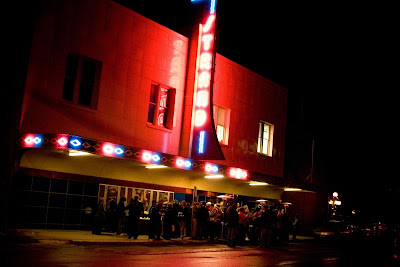 Whenever I get a text-message, from a staff member, letting me know we have been “hit” again, I am tempted for a moment or two to get discouraged but then I remember something I once heard, “When you turn the lights on you attract bugs.” People are getting saved, Christians are growing in grace, of course there is going to be resistance. The funny thing is that when this sort of thing happens, it always seems to catch us off guard, and happens when we least expect it. This most recent vandalism occurred while I was out of town. We have never gotten an email or a phone call letting us know some drunk dude was planning on putting his foot through our door or a teenager telling us he just bought a new marker and wanted to scribble a four letter word on a wall at a certain time. If they ever did, we would be ready–with a can of bear spray. 😉

Jesus used that same sort of analogy to let us know how His second coming will occur unexpectedly:

Matthew 24:36,42-44 “But of that day and hour no one knows, not even the angels of heaven…Watch therefore, for you do not know what hour your Lord is coming. But know this, that if the master of the house had known what hour the thief would come, he would have watched and not allowed his house to be broken into. Therefore you also be ready, for the Son of Man is coming at an hour you do not expect.”

The reality is His return is imminent. It could happen at any moment. And we will not have even a five minute notice or the time to stop what we are doing when we realize He has come. That is sobering, and I believe that is the idea. He wants us to live every second of every day fully aware that He could show up at at that very second. It should be of great concern to us that we wouldn’t do anything that would potentially cause us to be ashamed at His return. We should also take advantage of every opportunity we have to be used by Him here and now so we have no regrets about how we used the time we have been given. We will never get another opportunity to reach the lost once He comes back.

Let’s live like we believe Jesus is coming and His reward is with Him! 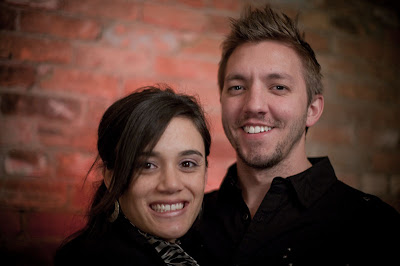 I was rocked. I thought I would be able to maintain my composure, but standing there in a tux, surrounded by lifelong friends and family, I fell to pieces. Just the sight of my bride coming down the aisle in white took my breath away and melted me in a way I wasn’t prepared for. I knew that she was God’s gift to me and I was blown away. Thoughts of Christ’s love and God’s goodness swirled through my head and I couldn’t believe how overwhelmingly beautiful she was. I didn’t deserve her–and I still don’t. I am so thankful for my wife of these past 5 years. She is an amazing mother, friend and co-laborer. There is nobody on earth that I would rather run this race with.

Here are 5 things that I love about her:

1. She knows where every item in our entire house is at any given moment
2. She laughs at my jokes
3. She gives me space when I am hyper-focused
4. She has chips and salsa in the house 24 hours a day, seven days a week
5. She nudges me under the table when I need to stop talking
6. (I know I said 5) Her love for Jesus is contagious and inspiring

I love you Jennie, happy anniversary!

Wow, what a day. I love Easter. There is no greater thing on earth to celebrate than the resurrection of Jesus Christ. He conquered death and offers life to anyone who will accept it. Wonderful. The whole weekend was so special, crazy–but significant. We had an awesome Good Friday service at noon where we considered the cross and took communion remembering Christ’s sacrifice. It was bitter-sweet, bitter because it was our sin that brought him so much pain and suffering, but sweet because we have been forgiven. By His stripes we are healed.

Today, we had 3 packed Resurrection services at the Strand. During the 10 o’ clock service people were everywhere–sitting on stairs, and standing against the walls. It was crazy remembering back two years to our first easter as a church when 100 people showed up to fresh life. We could hardly believe so many people had come, we were only a 3 month old church and it felt like a lot of people. The numbers have definitely changed drastically from then to now, but the message has not. Jesus died, rose again and is mighty to save. That is Christianity. We must not allow familiarity with the Easter story to rob us of how awesome that is. People die everyday and they don’t get up from the grave, that just doesn’t happen–dead is dead afterall. (LOST Reference) But Jesus did rise, and he calls us to rise as well.

The whole theme of our worship celebration today was centered on Ephesians 5:14 which says, “Awake O you sleeper, arise from the dead, and Christ will give you light.” Kevin and the band played a song that was based on that verse and you can hear it in the video below right before I teach. What is so cool about the verse from Ephesians is that many commentators believe that it is an excerpt from a first century hymn that was sung on Easter to invite nonbelievers to come to Christ. It was awesome doing the exact same thing with it almost 2,000 years later. We rocked it out a bit from how it went back in the day–but 21 people responded to the invitation and made decisions to follow Christ!

You can watch the message here: 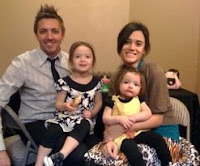 May the same Spirit that rose Christ from the dead fill your heart and life with resurrection power, like spiritual red-bull poured into your soul!
From our family to yours–Happy Easter.

Here is a little excerpt from my weekend message where I was comparing warning labels, which are on just about every product these days, to the warnings that God gives us in the Bible. It turned out that the illustration itself needed it’s own warning label because at our Saturday night service, at this part in the message, I managed to poke myself in the eye. And as you can see in the video below, I bumped my head into a table during the 9 am service. Fortunately I made it through 11 o clock, usually the rowdy service, without injury or incident. enjoy.

We are all very excited for this new much needed space at the church!

Apologies for the bad April fools joke earlier, I don’t know what came over me, it was probably inspired by gmail’s annual prank.

On a serious note, even though I am studying today and need to get back to my message preparation, I wanted to fire a quick blog off about my friend, Christopher Laurie, who would be 34 years old today. Birthdays are a great occasion to let people know how much you appreciate them, and if he weren’t in heaven I would shoot him an email or a text to tell him how rad he is. Since I will have to wait to tell him in person I will just express my thoughts here.
I am thankful that I got to know Christopher and become friends with him. I looked up to him and always thought he was so cool, in every way. His sense of style and creativity was inspiring to me and I was energized by his artistic ability. He was a great big brother to Jonathan and I know he would be very proud of what God is doing in his little bro’s heart and life. I also know how proud he would have been of his dad when he pressed on and preached at all the summer Harvest crusades, hurting as badly as he was, and he would have rejoiced when thousands received Christ as Savior. Jennie and I loved any chance to hang with him and Brittany and my girls adore Stella and Lucy. We pray for his mom, dad, wife, brother and kids as a family everyday. I think of him every time Apple makes any announcement, and want to text him about it. BTW this summer the new iPhone software seems like it’s going to be killer. I know that he would be stoked–but I also know that what he is experiencing blows any earthly software update out of the water! Psalm 16:11 You will show me the way of life, granting me the joy of your presence and the pleasures of living with you forever.
I miss him and am sad for his family, but know He is with the Lord. Make sure to let the people in your life know that you appreciate them. Life is short.

I think it might be time for me to go back to school, clown school.  I  once worked a summer job doing superhero character appearances at little kids birthday parties.  The joy and happiness that I saw on the children’s faces (and occasionally the terror) was inspiring.  It could be that I need to pursue that calling and become a mime.  Don’t worry, I may not need to leave the ministry, I might be able to discover a way to combine the two.  And I think today is the day.